Zinfandel is a red grape representing nearly 10% of the California vineyard. Some analysis revealed that is the genetic equivalent of Crljenak Kaštelanski present in Croatia and with the Primitivo cultivated in the Italian region of Puglia. 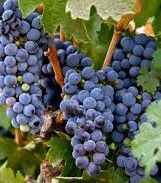 The Fifth Path Address book of wines references It is a companion for anyone wishing to contact a vineyard to buy wines at the property online and by Internet according to the grape variety or appellation and to find the wine that corresponds to his tastes or a one-time need with a property price. A simple and compréhensible service